Additional inspiration: Take time to dive into the culture of Cork, Kenmare, Killarney or Galway

Taking time to explore these narrow rocky outcrops gives the opportunity for wildlife watching, island hopping, beautiful boutique accommodation and lunches of freshly-caught seafood enjoyed overlooking the crashing waves and away from the busier tourist areas.
Depending on your starting point, scenic touring through Clonakilty will introduce to West Cork’s most famed calling card – its food bounty. Local markets heave with artisan products and restaurants all proudly display the provenance of the ingredients they uses across their menus – Castletownbere oysters; ToonsBridge, c and Durrus cheeses; Clonakilty black pudding; and local chocolates.
Blairscove House will be your base from which to explore the Mizen Peninsula and archipelago of islands in Roaringwater Bay.
Our second day will bring you to Sherkin Island with its ruined 15th-century abbey or the remote Irish-speaking island of Cape Clear, noted for its bird watching, walks and now its gin distillery.
From here, we weave to the next peninsula – Sheep’s Head, which is famed for its 250km of marked walking trails. This is cycling and walking heaven, with charming stop-off points such as Arundels By the Pier and Eileen’s and the Old Creamery in Kilcrohane.
This evening, you will rest your head in the Edwardian Seaview House Hotel in Ballylickey where a friendly welcome, award-winning food and seaweed baths await you
For those seeking to meet food producers (and their stock!) up close, we will arrange a day touring with local food experts from the famed Mannings Emporium, right next door to Seaview.
After these relaxing days, we will travel north to Kenmare. Here, you decide to spend two days exploring this area in depth or relaxing at your leisure or we can travel north to Gregan’s Castle in Co Clare. This option will introduce you to the lunar landscape of the Burren and here we will visit food attractions such as Hazel Mountain Chocolate and the Burren Smokehouse. There is also the opportunity to take in the Cliffs of Moher from special viewing spots or from the sea.
This suggested route focuses on the scenic and gastronomic highlights of the Mizen, Sheep’s Head and Beara Peninsulas before moving towards the Burren. It can be easily adapted to spend more or less time in each area or include overnights in Kenmare, Killarney or Cork.
Further south, the towns of Baltimore, Ballydehob and Schull bring pure joy for food lovers, with restaurants such as Michelin-star Chestnut, Budds and local fish’n’chip shops and weekend markets giving us rich pickings for lunches and dinners in the area.
Mizen Head, at the tip of the peninsula, is the most south-westerly tip in Ireland. The lighthouse there houses an engaging visitor centre where you can imagine the stark life of being a lighthouse keeper as storms lashed this edge of Ireland. When travelling along the small and winding roads, we’ll bring you to the best places to discover some of the many megalithic tombs in this area, hidden wildlife walks and sandy beaches. The most well-known is the dramatic beach at Barley Cove, which was formed by a tsunami after the 1751 Lisbon earthquake. Along the way, keep an eye open for Fastnet Rock and ask about her story.
After diving into the area, we’ll take the dramatic Goat’s Pass and pause where Fionn McCool used to pause after hunting. From here, look back at the tropical ecosystems of Mizen, which benefits from the warm Gulf Stream, and then onwards to the dramatic cliffs of Bantry Bay.
Bantry Bay encompasses Glengarriff where George Bernhard Shaw supposedly wrote Saint John; Eccles Hotel was a haunt of Queen Victoria and Maureen O’Hara frequented Casey’s Hotel. We will explore the Nature Reserve and Garnish Island which was turned into an exotic garden of Neo-Classical follies in 1910 by Harold Peto for Annan Bryce. We will explore the Beara Peninsula, from the Caha Mountains to the coastal town of Castletownbere and even Dursesy Island, which is accessed via Ireland’s only cable car.
All in all, this is a truly unique and off-the-beaten track itinerary. It’s not surprising that the edges of West Cork are so often overlooked – in a 1990 Penguin Guide to Ireland, the peninsulas and surrounding villages are not even featured in the index! 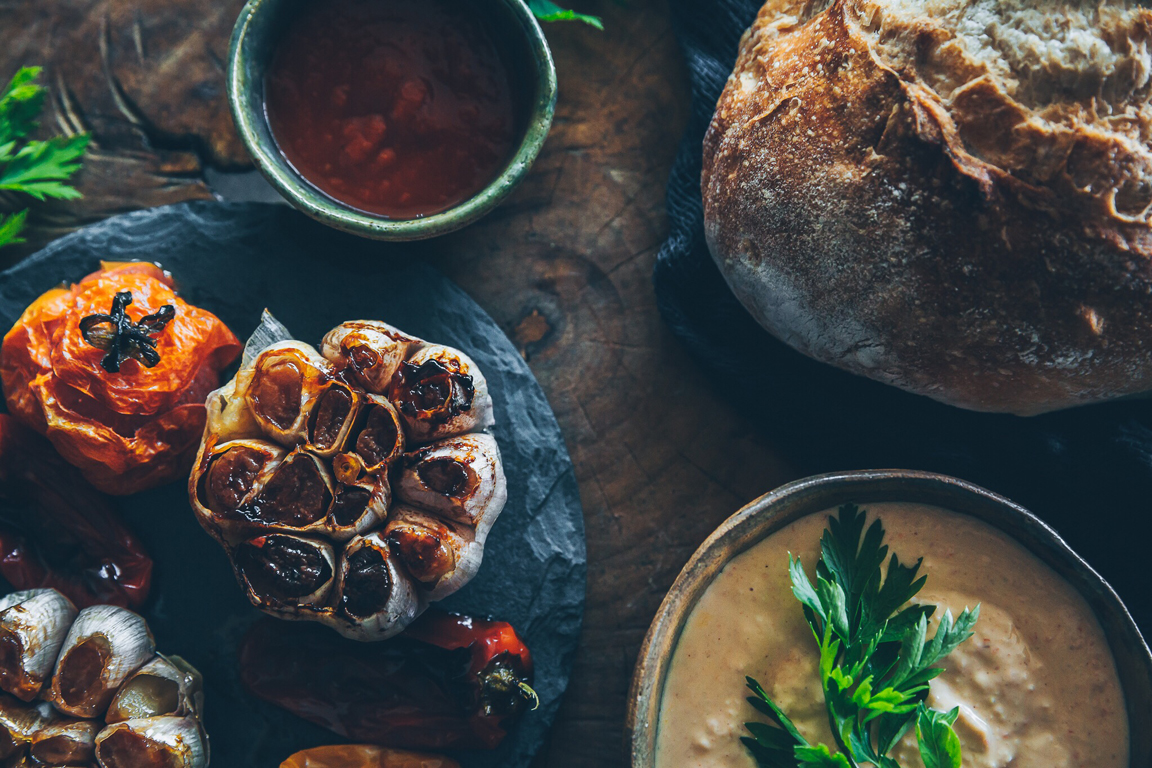 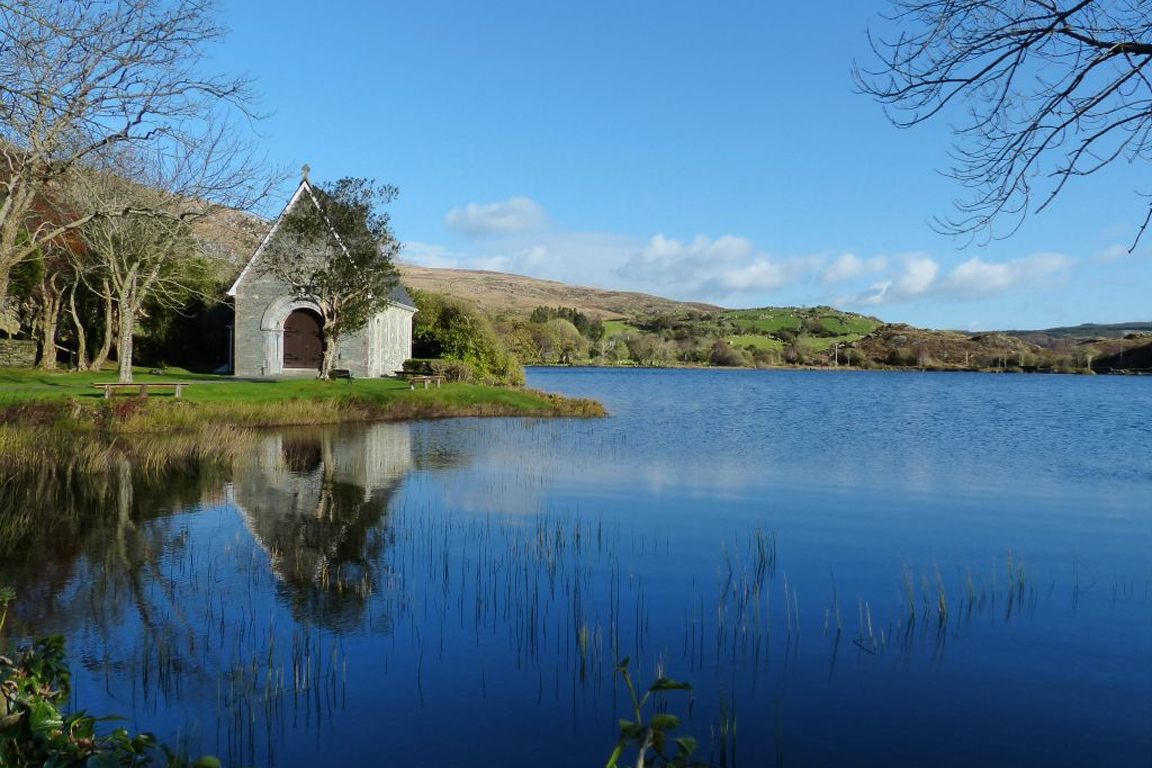 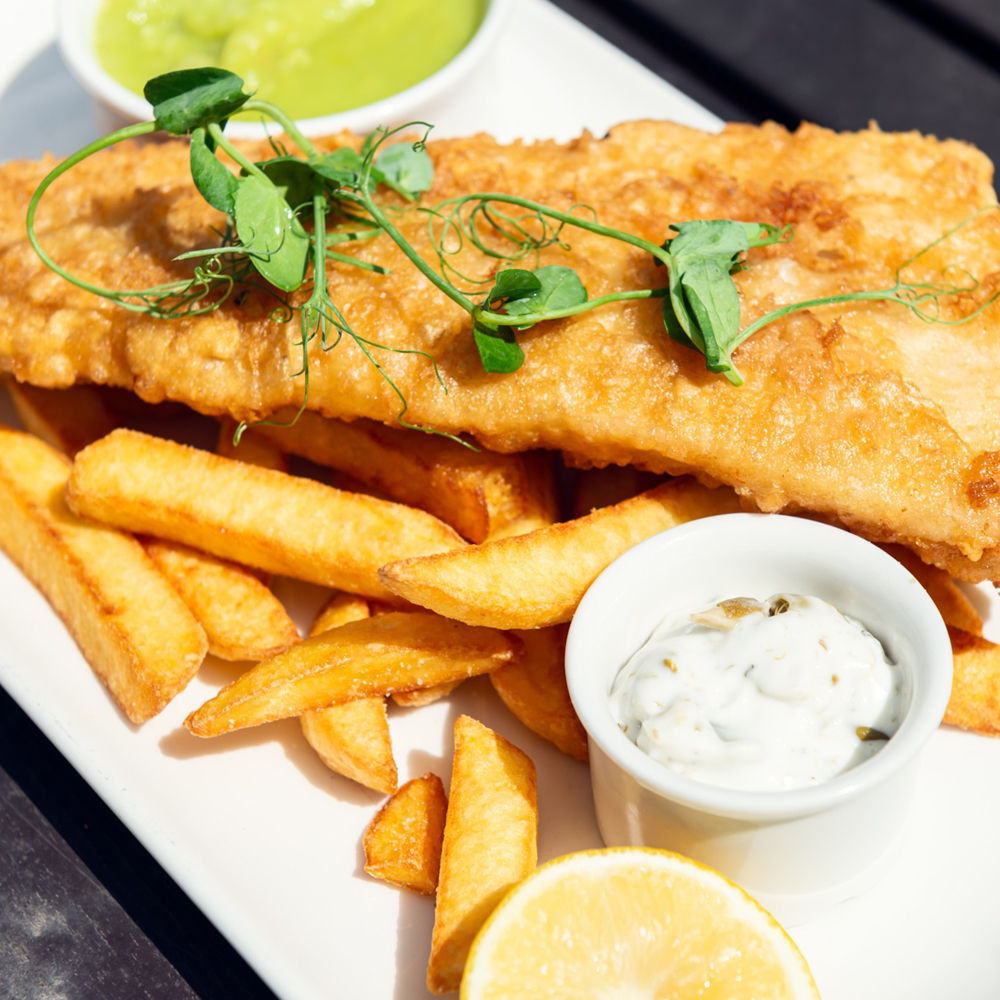 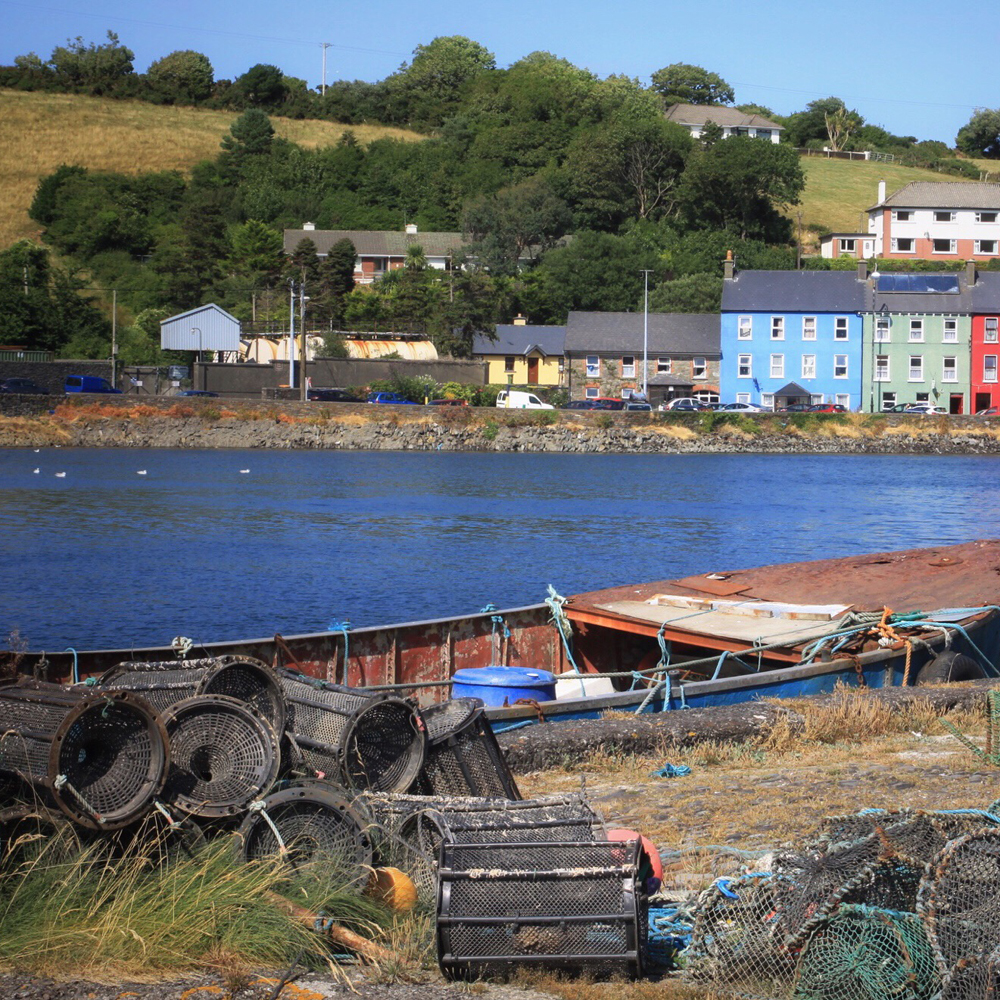 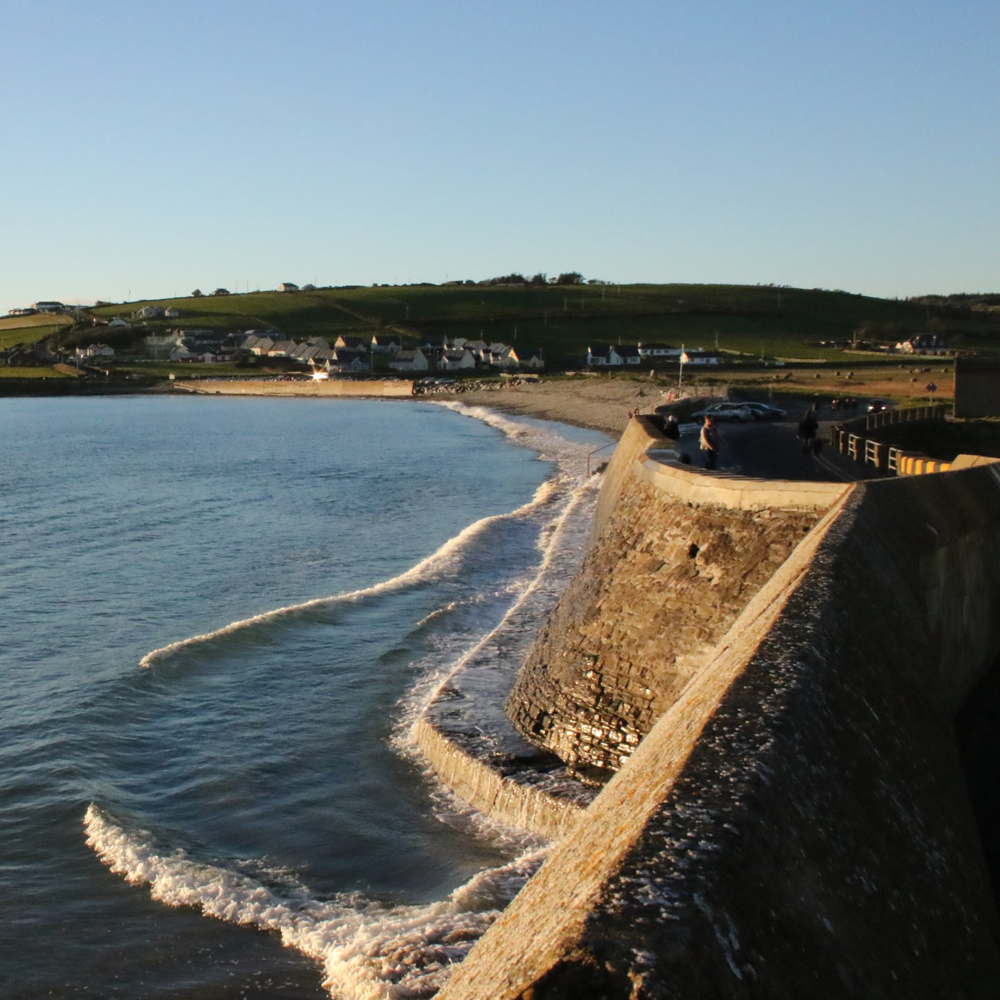 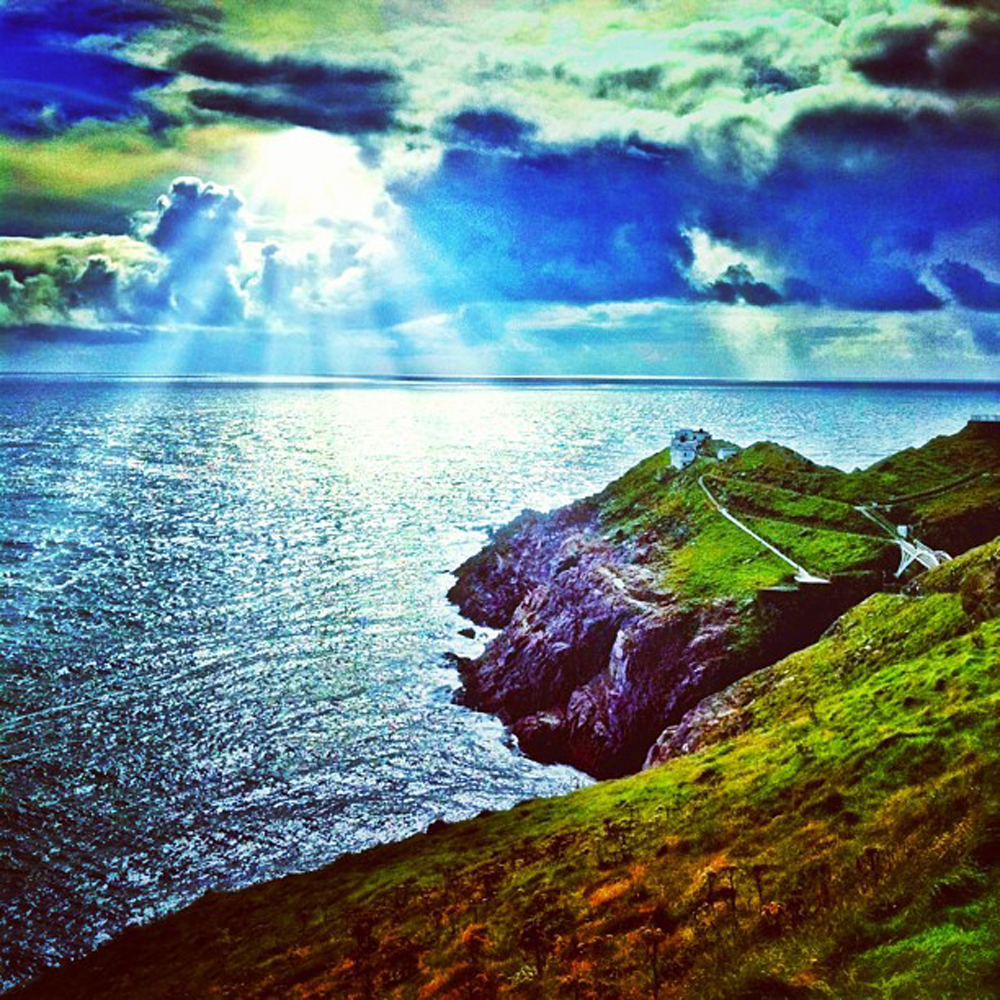 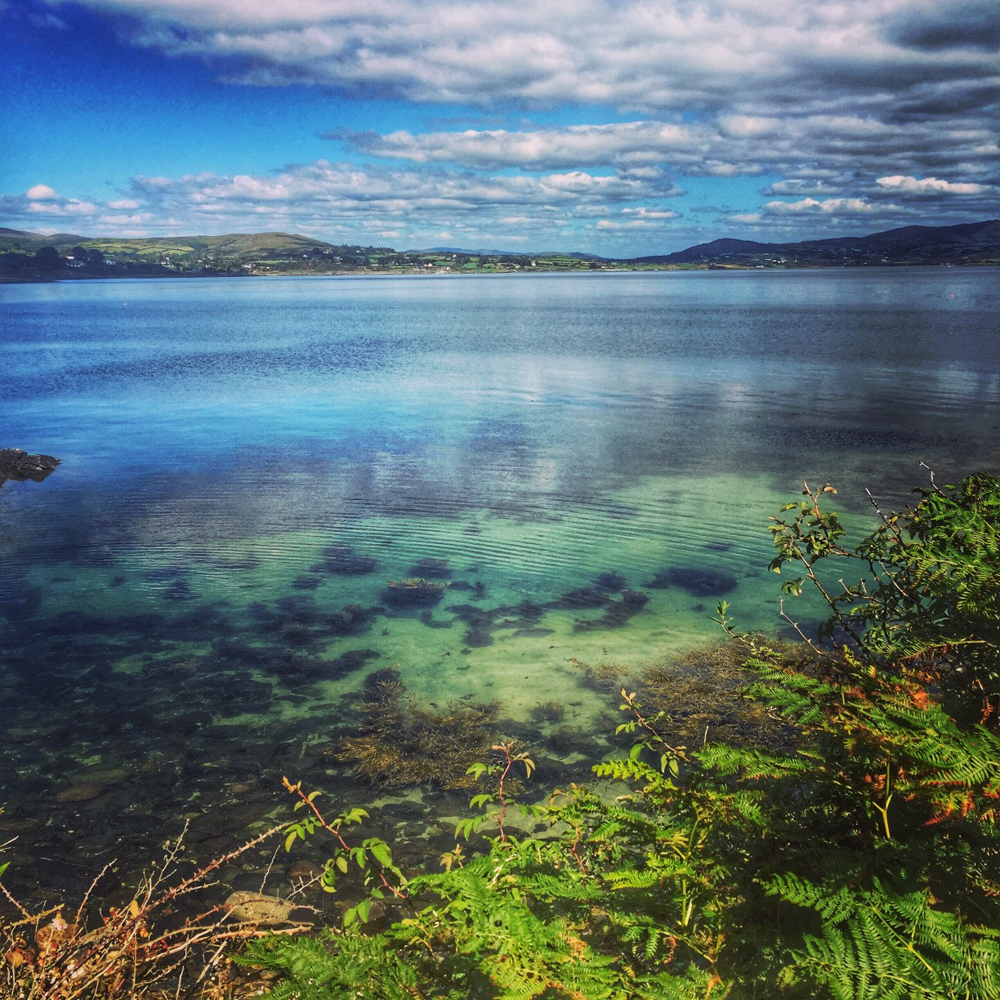 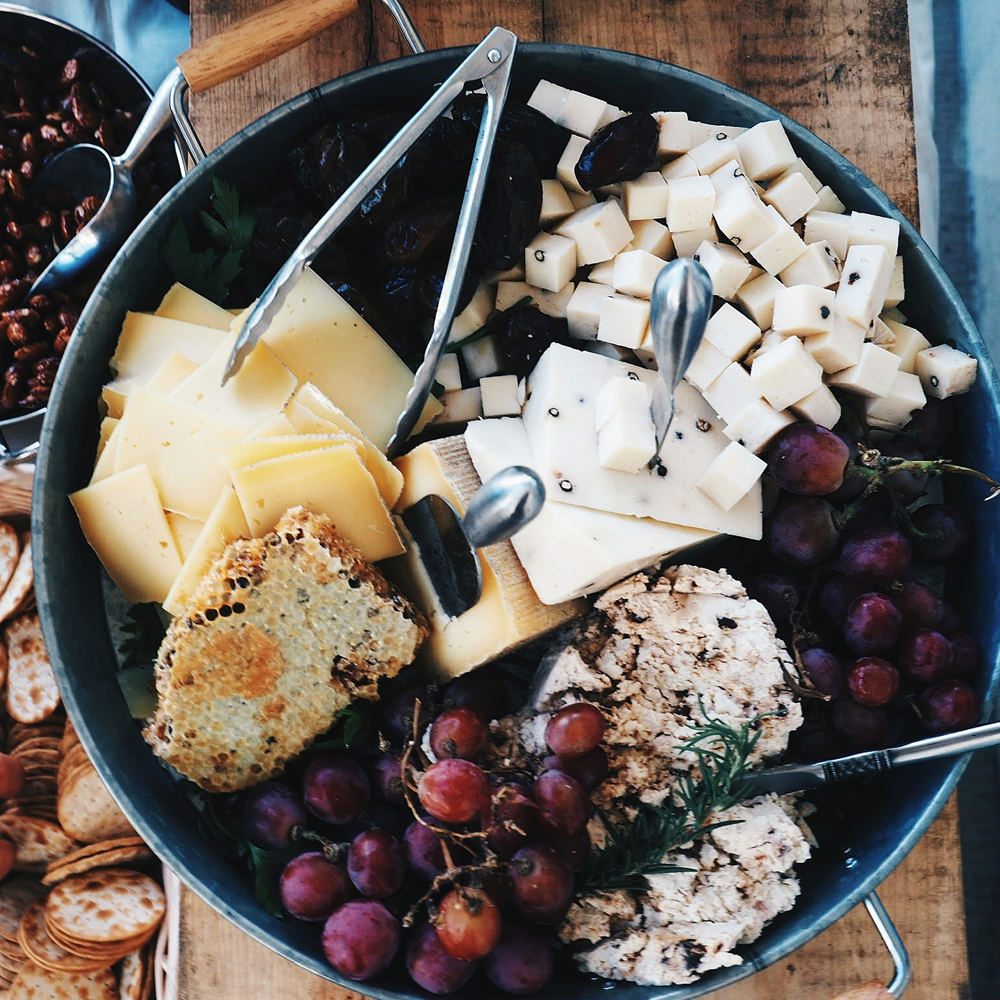 Taking time to explore these narrow rocky outcrops gives the opportunity for wildlife watching, island hopping, beautiful boutique accommodation and lunches of freshly-caught seafood enjoyed overlooking the crashing waves and away from the busier tourist areas.